When Aaron Braxton cast his ballot in the parking lot of the Los Angeles LGBT Center’s Center South location, he couldn’t help but get a little emotional.

“It is so important that people of color get out,” the Leimert Park resident said, his voice cracking. “When I cast my vote, I literally welled up. I know the significance of me casting my vote. I stand on the shoulders of those before me. They have tried to suppress communities of color for centuries so I’m honored to be here today.”

Braxton was among those who took advantage of a pop-up voting center for the Presidential General Election set up on Oct. 27 at Center South by the office of the Los Angeles County Registrar-Recorder/County Clerk. People could also drop off their mail-in ballots at the temporary one-day location. 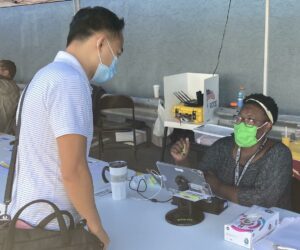 Michael Villegas was at Center South for a meeting with a staff member when he noticed the voting signs.

“I thought, ‘Okay, I’ll just get it done,’” he said. “It gives people less of an excuse if they see one of these sites that’s near them. It’s just so convenient. I didn’t want to vote by mail or even by a ballot drop-off box. I want my vote to be counted immediately in case there are any issues with the mail.”

Employee Carlos Moreno, a health education specialist, happened to have his mail-in ballot with him when he showed up for work. He spent his lunch hour filling it out then dropped it off at the mobile center.

“There’s more urgency to vote early just because we don’t know what’s going to happen the day of the election,” Moreno said. “We’ve been hearing about voter suppression in other parts of the country with people having to wait hours and hours in line to be able to vote. This vote center is right here today—and so convenient.” 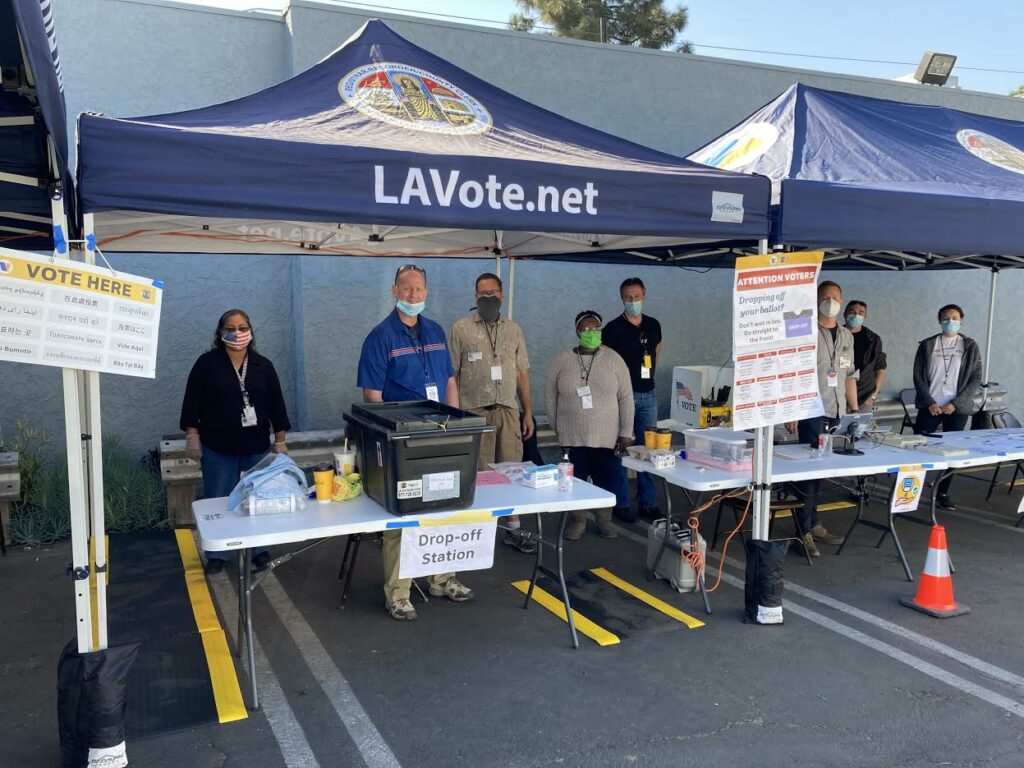 The flex vote centers are part of the county’s Voting Solutions for All People (VSAP) program and focus on providing flexible and expanded voting options for people who may find it difficult to find a regular polling place.

“The LGBT community is who we are targeting today,” explained Chelsea Tatum, mobile team lead. “We just want to give exposure to all demographics across the board.”

The mobile center featured modernized touchpad balloting devices. The ballots are written in larger type and offered in 13 different languages. Voting selections are then printed on a paper ballot.

“It was absolutely easy to understand,” remarked Villegas. “It’s the first time I’ve voted with these new machines and I think it’s just so simple and easy. I would do it again.” 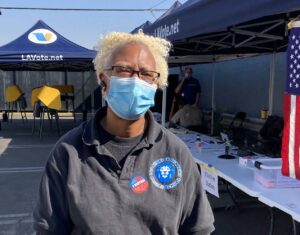 “This technology was fancy, I had never used it,” said another voter, Darlyn Gabriel (pictured, left). “It was really good—I loved it. I was determined to vote early this year so everything worked out perfectly.”

Gabriel, who lives in Inglewood, was driving from her grandmother’s house Leimert Park when she came upon Center South.

“I saw the Los Angeles LGBT Center sign and, since I’m a part of that community, I stopped by,” she said. “I thought I’ll vote at my center—I’ll just do it right now.”

Need to know how and where to vote? Visit lavote.net.