AIDS/LifeCycle participant Amit Guru used the occasion of World AIDS Day on December 1 to share how he felt when he tested positive for the HIV virus in 2011.

He was just 24 at the time and felt like he “would literally just be done with living in the world.”

“I wasn’t educated on what it meant to be HIV positive and what it was like to live with HIV at the time,” Guru (pictured, above) said during the AIDS/LifeCycle World AIDS Day Broadcast. “I didn’t know what kind of resources there were, what kind of medications there were. I held that 1990s mentality of it being a death sentence.”

“AIDS/LifeCycle means community to me,” Guru told viewers of the live broadcast. “It means giving back, it means breaking the stigma, providing resources and access to resources for folks who are unable to typically get access to services.”

This year’s World AIDS Day theme was Ending the HIV Epidemic: Equitable Access, Everyone’s Voice. The global health day is an occasion to remember and reflect on those lost to AIDS, to support the people living with HIV, to speak out against HIV stigma, and to unite in the fight against HIV.

This year’s observance came during the 40th anniversary year of when the first five cases of what later became known as AIDS were officially reported. More than 700,000 American lives have been lost to HIV since, and more than 1.1 million Americans are currently living with HIV.

“I lost almost everybody who I loved the most, and most of them died quite horribly and long before they should have,” HIV and AIDS activist Cleve Jones said during the broadcast.

“While the end is not yet in sight, we can see a way forward even in the absence of a vaccine and that is through treatment — treatment as prevention,” Jones said. “We know that people who are being successfully treated to the point that the virus is undetectable are not able to transmit the disease.”

Jones, one of the original co-founders of San Francisco AIDS Foundation, said that for long-term survivors living with HIV, the COVID-19 pandemic has served as “a fairly bitter reminder of how many of the lessons that we should have learned from the HIV/AIDS pandemic seem to have been ignored or forgotten.”

The broadcast included a live candlelight vigil led by The Sisters of Perpetual Indulgence of Los Angeles whose Sister Unity hosted the event. There were also performances by the Trans Chorus of Los Angeles and the San Francisco Gay Men’s Chorus.

Sister Unity announced that AIDS/LifeCycle, which returns as an in-person event in 2022 after a two-year absence, is on pace to have a record-breaking year in fundraising.

“We have raised over $2 million so far this year,” she said. “We are making up for lost time.” 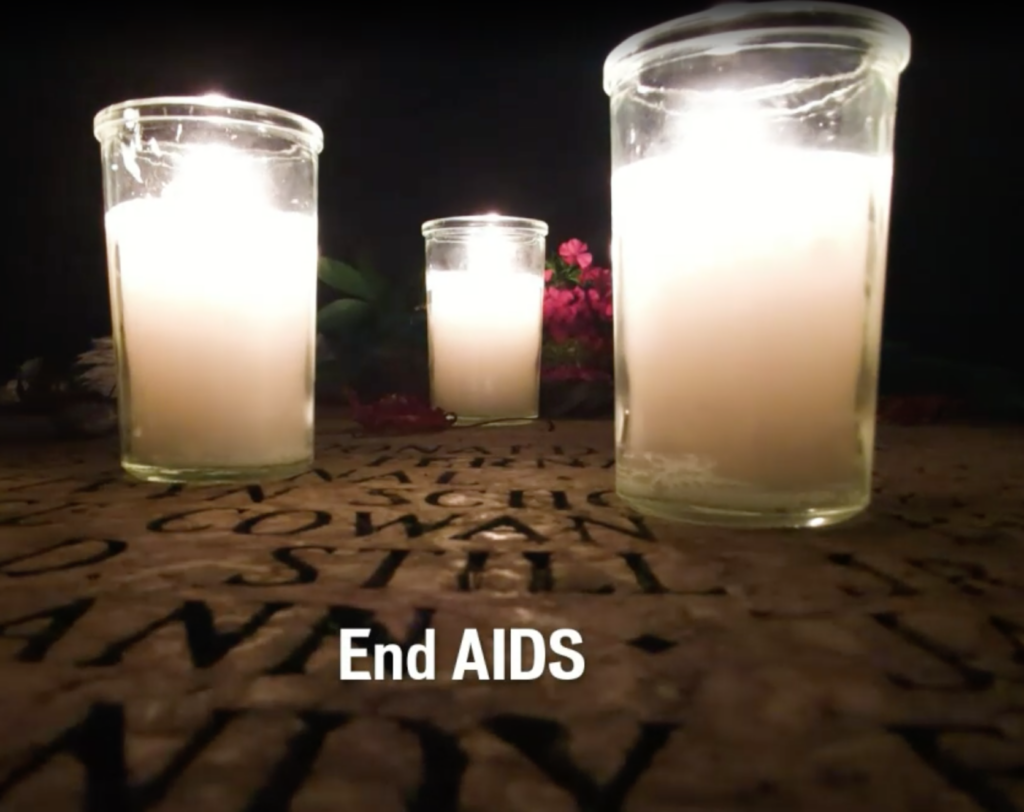