Trending
You are at:Home»Community»We’ve Got Team Spirit! First-Ever TogetheRide Raised Millions of Dollars and Logged 800,000+ Miles

After its launch more than eight months ago, TogetheRide wrapped up this week and raised $2,592,546 for the San Francisco AIDS Foundation and the HIV and AIDS-related services of the Los Angeles LGBT Center.

The 1,970 global participants — some as far away as London and New York — raised funds by logging miles at their own pace, such as hitting the roads on their bicycles or pedaling at home on an indoor bike. Participants’ ages ranged from 2 to 85 years old.

“We set out to do something audacious this year and could not have achieved all that we did without every single one of you,” Ride Director Tracy Evans told participants during a “season finale” online broadcast on Wednesday. “I couldn’t be more proud of what we have been able to accomplish together.”

“You’ve been busy logging miles, raising money, and hopefully having a little bit of fun along the way,” Evans remarked. “As we make our way to the other side of COVID, we have so much to be grateful for. For me, it is this community and the collective effort we have put into raising money and supporting these two incredible agencies.”

The inaugural charity was conceived following the cancellation of the traditional 545-mile, seven-day AIDS/LifeCycle for the second consecutive year due to the COVID-19 pandemic.

“Our TogetheRide community went above and beyond,” Center CEO Lorri L. Jean said during the virtual broadcast. “We know this has been a helluva 16 months having to cancel the AIDS/LifeCycle and come up with something else. A lot of us lost a lot of sleep over it. Yet, the clients who come to the San Francisco AIDS Foundation and the Los Angeles LGBT Center continued to come and, in some instances, in even greater numbers. They were counting on us. We were able to continue to serve them because we could count on you.”

The top 100 fundraisers were called out by name during the broadcast, and several awards were presented to individuals and teams in various categories. The top individual fundraiser was R. Scott Creighton from New Hope, Pennsylvania, who raised $50,850. It brought his overall AIDS/LifeCycle total from past years to more than $290,000. Creighton led #TeamBikePod to raise an additional $38,650.

Longtime AIDS/LifeCycle fundraiser Otis Morgan received the TogetheRide Legend Award for securing 192 donations, the highest number of donations. He raised $31,263 and served as captain of Team Totally Awesome while simultaneously working as a nurse at San Francisco General Hospital throughout the pandemic.

While many of the TogetheRide participants had taken part in past AIDS/LifeCycle events, more than 800 were first-timers including Ana Garcia who raised nearly $13,000 and received the “Rockstar Rookie Award.”

The day after TogetheRide’s closing, the Center and the Foundation announced that the in-person AIDS/LifeCycle ride will return June 5-11 in 2022. Registration for next year’s ride begins on August 18 at aidslifecycle.org 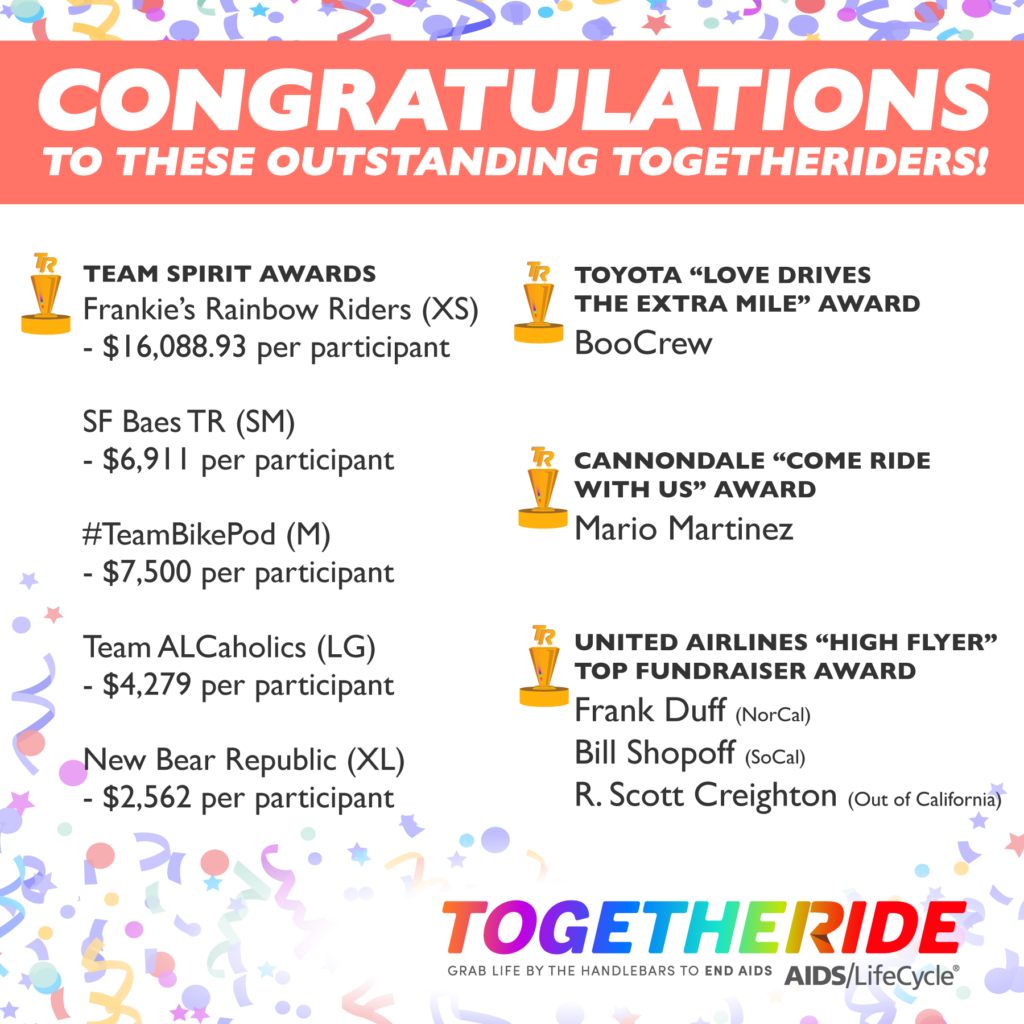 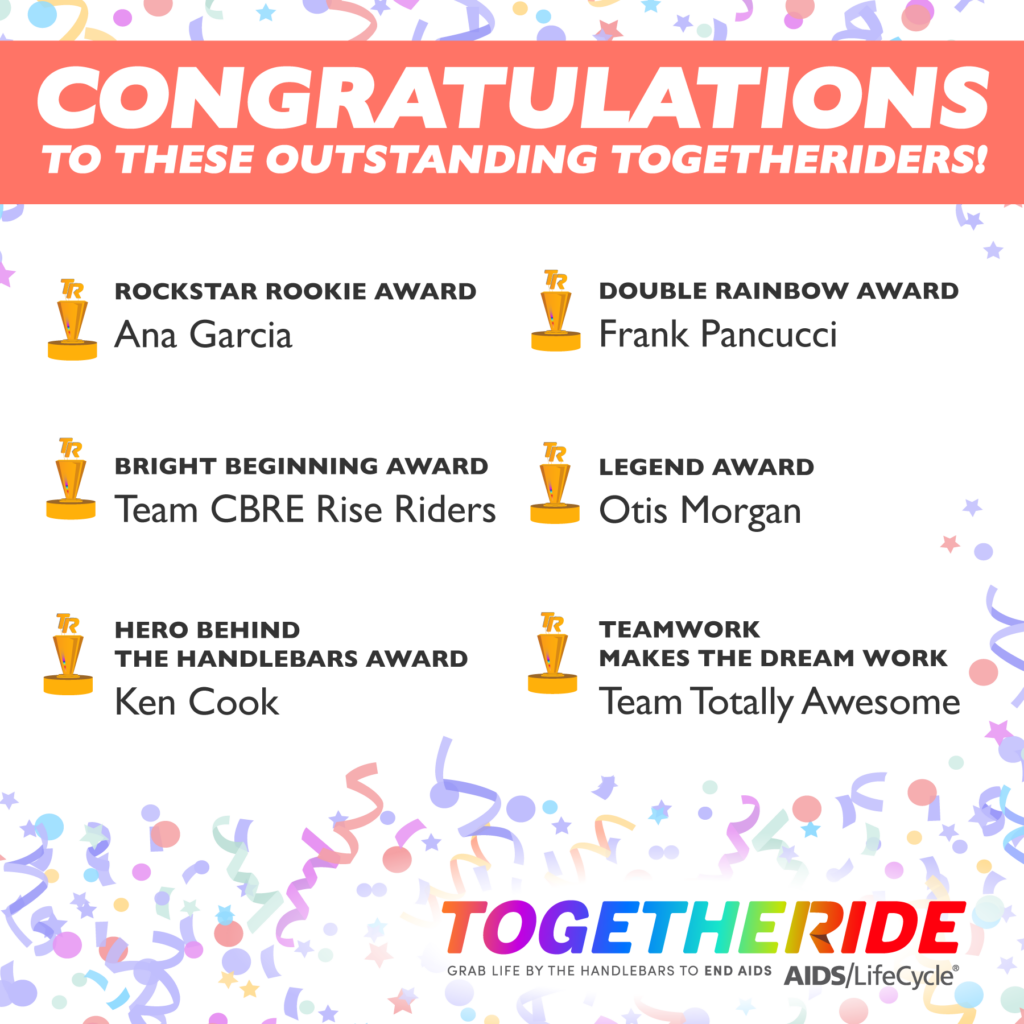 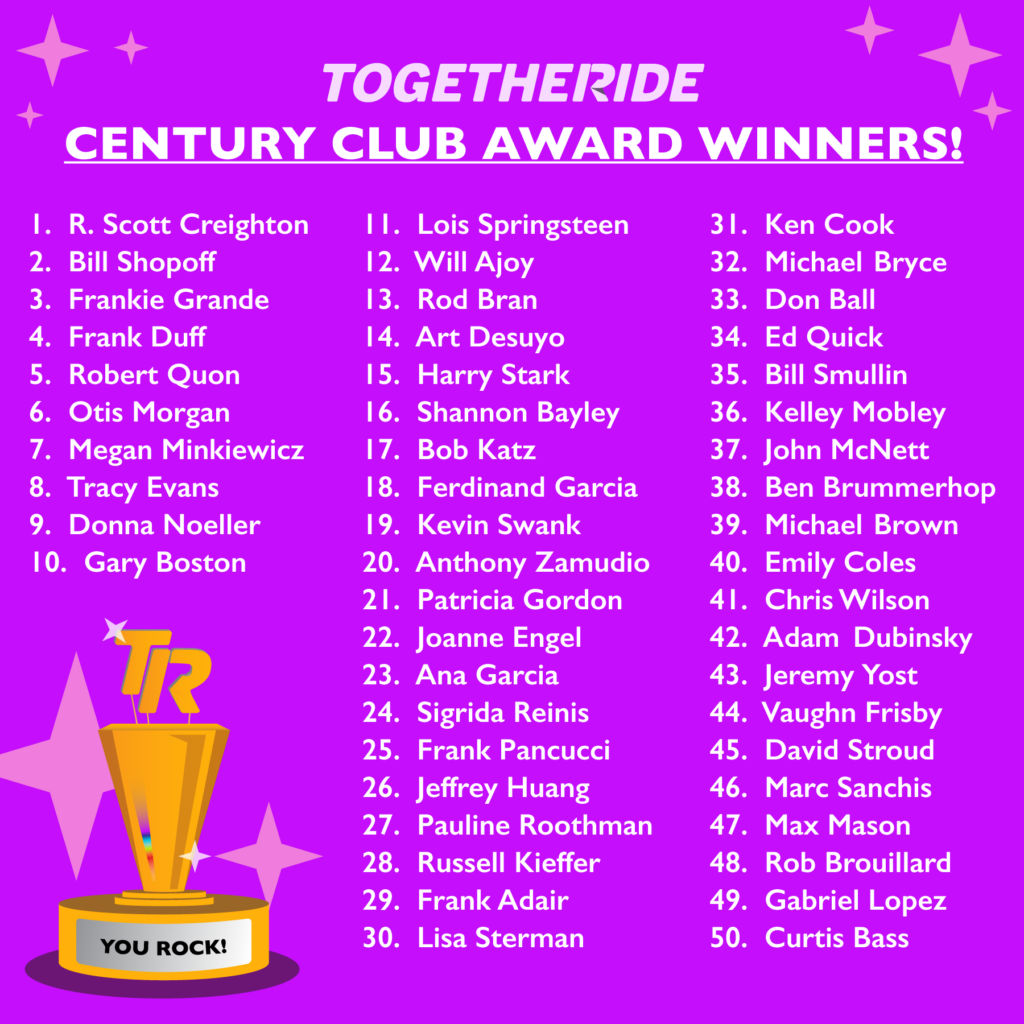 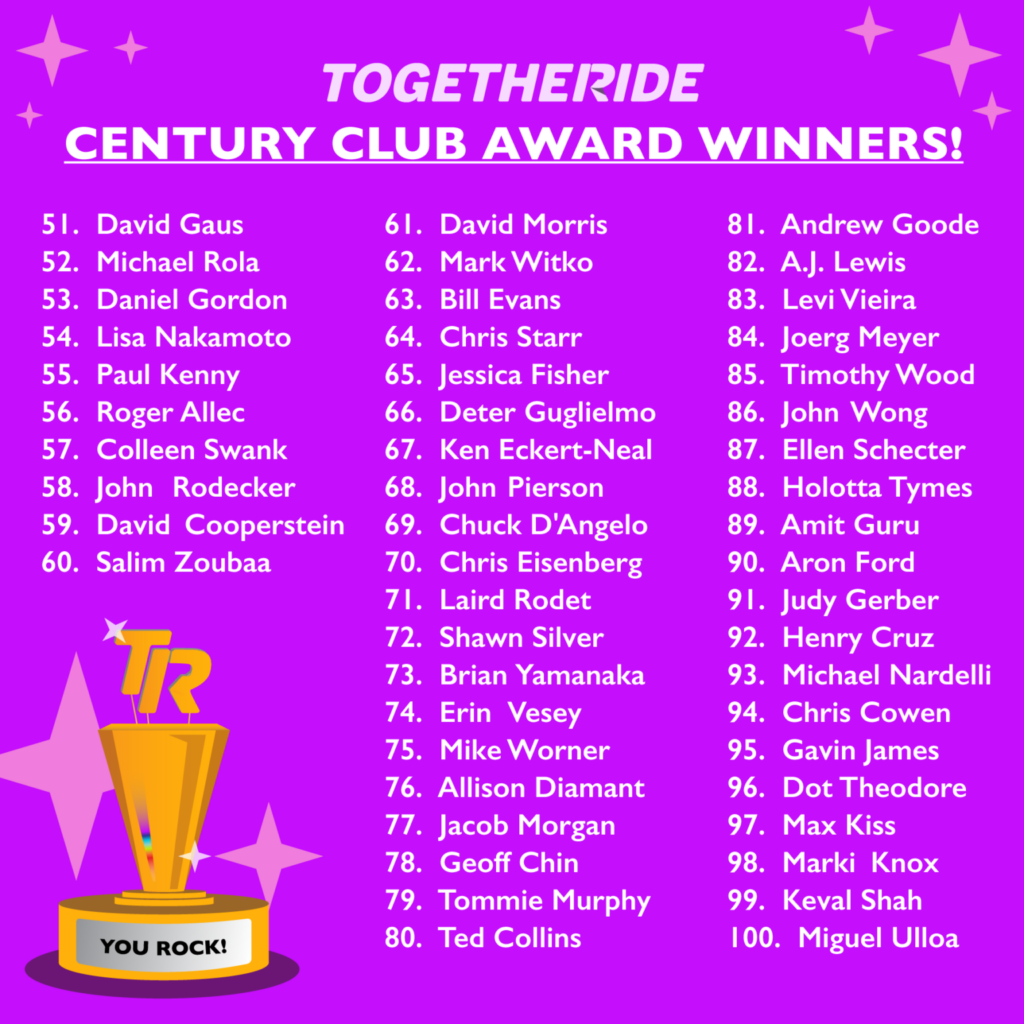