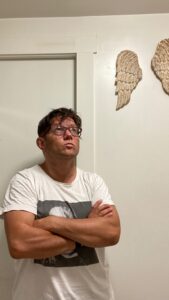 Two years ago, Seven Graham’s body was failing for no apparent reason. Their ankles had gotten so bad, they thought they would end up unable to walk and in a wheelchair.

After six months of pain and fear, Seven came to the Los Angeles LGBT Center for help.

“When I came to the Center, I met a wonderful doctor who really looked out for me,” says Seven (pictured left). “We discovered that my body was rejecting the estrogen replacement therapy that I had been on since I was 12 years old.”

At age 8, Seven had been told they had cancerous ovaries, which were then surgically removed, leading to the estrogen therapy that was now failing them.

“It turns out that they were actually testis—healthy testis—that they took out of me. I’d been told a lie,” Seven says. “In my 20s I found out that I am intersex. It says female on my birth certificate, and as a child I was forced into the pink box, my gender was rigidly enforced. I always knew I wasn’t female, but I didn’t have the language for it.”

Like many intersex people, Seven had medical trauma from childhood, which meant it was really difficult for them to seek out health care as an adult. With help from their doctor at the Center, Seven started on new hormone therapy matched with mental health care and support.

“Now I’m happier and healthier than I’ve ever been because of the services at the Center,” says Seven, now 51. “When I discovered that I am intersex, it was a journey to becoming who I am today. I had to work through all of the conditioning and trauma. I now finally look in the mirror and feel happy with who I am: An Out queer, intersex, transmasc, non-binary human being- with a big heart and even bigger clitoris. In fact, my clit has grown so much on testosterone, it’s -arguably- a penis now! Which I’m very happy about.”

The “I” in LGBTQIA+ Is for Intersex

Intersex is a general term used for a variety of conditions in which a person is born with a reproductive or sexual anatomy that doesn’t seem to fit the typical definitions of female or male, according to interACT: Advocates for Intersex Youth, including differences in genitalia, hormones, internal anatomy, or chromosomes.

It’s estimated that 1.7 percent of babies born are intersex, meaning that being intersex is almost as common as being born with red hair. Tragically, through collective ignorance and fear, intersex babies are treated as “wrong at birth,” with painful and long-term physical, psychological, and emotional consequences. 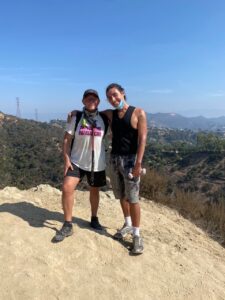 “There is so much shame and stigma in the culture about bodies and genitals, especially when those bodies and genitals don’t fit the script of what it means to be male or female,” says filmmaker, actor, and intersex rights activist River Gallo (pictured with Seven). “Doctors want to normalize bodies, as opposed to working with the way the natural way intersex people are born. There is this idea of wanting to ‘fix’ as opposed to embrace, celebrate, or even finding ways to integrate the way that we’re naturally born.”

This medically unnecessary surgery, performed on infants and young children, carries with it shame and pain, and is a violation of human rights.

“Human rights abuses against intersex people include, but are not limited to infanticide, forced and coercive medical interventions; discrimination in education, sport, employment and other services; and lack of access to justice and remedies, according to research.” – United Nations

“Doctors have huge power when a child is born intersex to say to the parents, who have no idea what an intersex person is because most people have no idea, ‘don’t worry, your child is born different, but we’re going to fix it,’” says Seven. “Most of that fixing is cosmetic surgery that is completely unnecessary, incredibly painful, and traumatic. And you set up this dynamic of secrecy and shame.”

According to the United Nations (UN), “the repeated surgeries and treatment intersex children are put through in order to ‘fix’ their sex and appearance are often irreversible and can cause permanent infertility and lifelong pain, incontinence, loss of sexual sensation, and mental suffering. There is typically no medical reason to perform these procedures with so many possible serious negative impacts on children. Carrying these out without consent violates human rights.”

“Intersex rights are about body autonomy and the right for people to have ownership of their bodies. Human life is at stake,” says River. “It’s really taken up until this time and progress of the Trans Liberation Movement that now intersex people really feel empowered and feel that the ground is stable and strong enough for us to assert our voices. For the first time people are actually listening.” 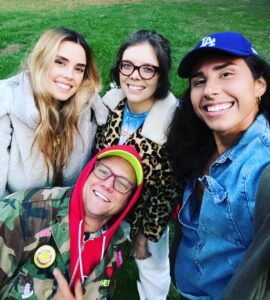 At the Center, leaders of Health Services are working with intersex activists, including Seven and River, to expand culturally competent intersex care. It starts with educating more staff and service providers to help implement effect care plans for intersex clients, like the one that helped Seven. In the long term, the vision is to create a word-class intersex services clinic.

“The Center really is an amazing place that has transformed my life,” says Seven. “It’s been amazing to feel safe to be me, to be healthy being me.”

Earlier in October in a historic first, 36 countries from around the world called upon the UN’s Human Rights Council to “investigate human rights violations and abuses against intersex people, ensure accountability, reverse discriminatory laws and provide victims with access to remedy.”

“Now the queer community is open enough to want to learn more and see how they can be allies to intersex people” says River. “There’s a lot of work to be done.”

River Gallo’s short film Ponyboi made history as the first narrative film about an intersex character, created by and starring an intersex person. Read more about the film here and you can watch it now by clicking here.